Whether fishing the flats for Redfish, Snook, and Trout or Tarpon fishing on the beach, Grande Tarpon Charters has you covered.  We offer many customized fishing trips for the experience of a lifetime.

Tarpon Fishing consists of locating Tarpon on the beaches, under bridges, in the passes and back bays of Anna Maria Island, Holmes Beach, Bradenton, Sarasota, and Boca Grande Florida.

Captain Jason Wightman is a full-time fishing guide at Grande Tarpon Charters on Florida’s west coast. He fishes from Anna Maria Island south to Boca Grande, offering a variety of fishing experiences. From back country to offshore and from trout to tarpon, Jason uses his experience to put client on fish.Jason’s love of the water started at a very young age and has continued throughout his whole life. He grew up on coastal Rhode Island fishing for stripers and tuna. He was a competitive surfer and sailor before he hit his teen years. And he even did some commercial lobstering in high school.Jason and his family began vacationing in Boca Grande in the 1980’s. That’s how he got the bug for the Gulf’s warmer waters. By the 1990’s he took up residence in Tampa Bay area, and his passion for fishing evolved into a career. It’s all about doing what he loves and sharing his fishing experience with others. Jason offers inshore fishing charters for a number of species including Snook, Redfish and Trout.  Black Drum, Sheepshead, Mangrove Snapper, Pompano, Shark and Spanish Mackerel round out the list. Offshore fishing charters include grouper, Triple Tail, Cobia, Shark, Spanish Mackerel and King Fish. Permit, Pompano, Hogfish, and Bonita can also been found in the Gulf waters. Tarpon fishing is his biggest passion.  Tarpon season begins in the early spring and lasts into the fall. First and foremost is safety.  All the required safety equipment is up-to-date and checked before every charter.  Jason complies with all boating regulations.  Jason sets up his charters for maximum success through meticulous preparation.  He continuously checks tides, weather patterns and wind speeds.  He sets up his times according to the most favorable tides.  He offers the best species choices to customers based on his daily research. 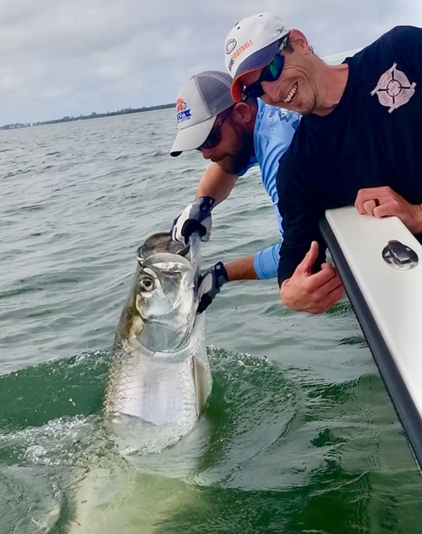 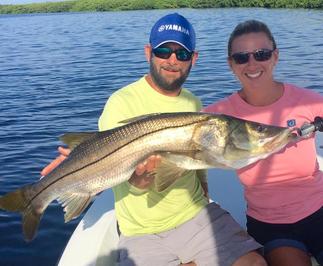 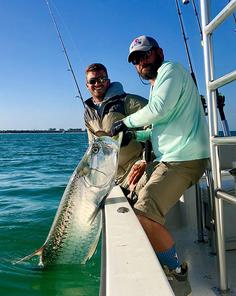